Thank You from the Yes on CC Campaign

Win or lose, one last time from the bottom of our hearts: Thank you. We have a lot to be proud of. This campaign was hard-fought, with plenty of integrity, and a big dose of good humor. We built a winning coalition that will last long beyond this election to help make Colorado a better place.

Regardless of the outcome, we picked the right fight, got to know each other (and ourselves!) a little better, and pulled together to push for better schools and roads.

It has been a pleasure.

With sincere appreciation and gratitude, 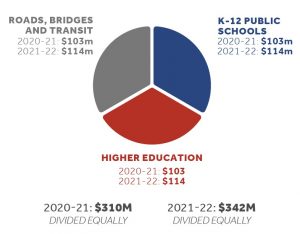 Concrete is the universal building material – from pavements and bridges to buildings, water storage tanks, counter tops, and everything in between.  The manufacture and construction of building materials produces emissions, and concrete has recently been singled out.  The reality is that emissions from cement production make up less than 1.5% of the national total, and the concrete industry in the US has been actively working to reduce emissions for many years. 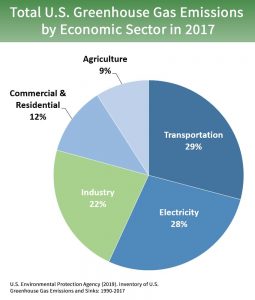 Note:  Cement emissions are included within the Industry category.

Major cement producers with plants in Colorado have reduced net emissions per ton of cementitious product by 21-25% since 1990 and are utilizing renewable energy sources for up to 26% of their power consumption.  In partnership with owners and specifiers, the concrete industry in Colorado is focused on providing an even higher quality product while reducing the impact on our environment.

Join our efforts in reducing emissions by following these recommendations:

For additional details about the concepts described and how they are being implemented in Colorado and around the country, please refer to the resources below or contact Angela Folkestad (afolkestad@pavement.com).

The Colorado/Wyoming Chapter of ACPA kicked off a busy spring on March 14th at the Annual Concrete Pavement Workshop. We work closely with our sponsors, exhibitors and industry partners to present on educational and innovative changes happening across the nation and here in Colorado and Wyoming.

This year the workshop and ACPA staff faced an additional challenge with a once in a generation “Bomb Cyclone” blizzard. As the storm approached, calls started coming in from speakers, who said their flight plans (including double- and triple-booked alternative flights) were being canceled.  Eventually, all but two out-of-state participants were grounded at home or at intermediate connection points. With the help of ACPA National staff, the out of state speakers were able to remote in and give virtual presentations.

The CO/WY ACPA staff are grateful for the flexibility of all the speakers in working through the schedule and format changes and for the persistence of workshop sponsors and exhibitors and all those who braved the storm to attend and make the 2019 Concrete Pavement Workshop a snowy success!

Concrete Day at the Capitol

The event took place on the southeast lawn of the Colorado State Capitol. Governor Jared Polis was in attendance to address the crowd of legislators, staff and members of the concrete industry. The message from the Governor focused on the recently signed budget allocating $300 million to transportation funding and to thank legislative staff for all their hard work during the 2019 session.

While the industry is excited to be taking steps toward funding, it is important we look ahead toward more long term, sustainable funding options as well. For more information on transportation funding be sure to follow the CO/WY ACPA on twitter (@cowyacpa) and Facebook (CO/WY Chapter – ACPA) as we promote the #FundTheFix social media campaign to raise public awareness and continue the conversation on funding Colorado’s transportation needs.

Thanks to all our members who came out to celebrate Concrete Day in Colorado! 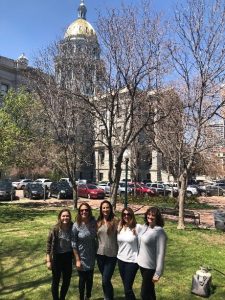