Concrete Day at the Capitol – May 5th 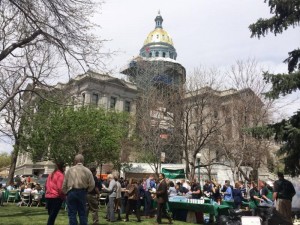 Governor Hickenlooper has proclaimed April 29th as Concrete Day!  Concrete Day recognizes the concrete industry as important to furthering development in Colorado and appreciates the hard work, dedication, and the efficiency of its employees.  Due to the inclement weather on April 29th, the Concrete Day BBQ has been rescheduled to May 5th.  Lunch will be served from 11:00am – 1:30pm.

Please contact Annelise if you are available and willing to help with the day’s events.

How Will You Support Our Transportation Infrastructure Funding?

As we all know, this year has been filled with urgent calls to action to address the declining state of our nation’s infrastructure, including the many modes of transportation we utilize every day to conduct our lives.  Whether it’s commuting to work, running errands, delivering children to school or activities, flying on vacation, or relying on others to transport goods to our community or directly to our homes, we are dependent on local, state, and national transportation infrastructure.

When President Eisenhower signed the Federal-Aid Highway Act of 1956, the country envisioned a highway system that would allow for more efficient transport of people and goods from coast to coast.  That program also faced challenges, and in March of 1961 Federal Highway Administrator Rex Whitton addressed funding problems and “public apathy, or at least a lack of full appreciation of the urgent need for the highway program and the benefits it is bringing” in a speech to the American Road Builders Association (ARBA).

We often describe how history repeats itself, and this appears to be a prime example.  Federal and state gas taxes have not increased since 1993, which has dramatically impacted our buying power for construction, and the funding problem continues to multiply with each passing year.  The increasing Corporate Average Fuel Economy (CAFE) standards will further diminish the effectiveness of the current model, and user fees based on mileage driven can be problematic because of privacy issues.  U.S. Transportation Secretary Anthony Foxx has discussed the challenges of funding a transportation system where different modes are funded by separate legislation, and in some cases, completely separate committees in Congress.  And from a constituent perspective, the public does not typically look at transportation as a priority when it comes to funding, making increased taxes a tough sell and putting us back in a position of public apathy.

We’ve reached a point where even comedians are addressing the issue in a more serious manner.  Last Week Tonight host John Oliver dedicated an entire show to the dangers of our crumbling infrastructure.  His irreverent look at the lack of attention to infrastructure conditions included a discussion on how maintaining our current system is not as glamorous as a ribbon cutting on a new project, and a video clip of the AFL-CIO President describing how business and labor (2 industries that almost never agree) both support infrastructure funding.  Oliver also pointed out that politicians claim to have a desire to fix the system, but have not been willing to act and “the lack of political urgency to tackle this problem is insane.”

While the U.S. is seeing a shift in usage of its transportation system with the aging of the baby boomers and the tendency of millennials to drive less than previous generations, freight volume is projected to increase 45% in the next 25 years, including a 43% increase in trucking that directly affects our roads.  In addition, Colorado has the fourth fastest growing population in the country by percentage, and that growth is projected to continue.  As professionals involved in public works in a rapidly growing state with a declining budget for infrastructure on both the state and local level, we have a responsibility to preserve and improve our system for the future.  I plan to start by educating my colleagues, peers, friends and neighbors on the value of our transportation system and garnering support for efforts to improve how we fund transportation in Colorado.

How will you support transportation infrastructure funding?

Thank you for your participation in the Annual Concrete Pavement Workshop!  We look forward to seeing you at next year’s event in March 2021.  Date and location information to be announced.

Congratulations to the winners of the Excellence in Concrete Paving Awards presented at the Annual Concrete Pavement Workshop on March 12th!  Local award winners will automatically be entered into the national competition, with awards to be presented on December 3, 2020 in Nashville, TN. 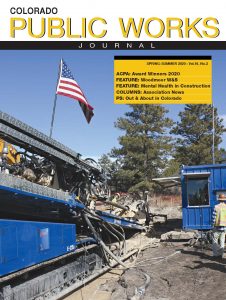 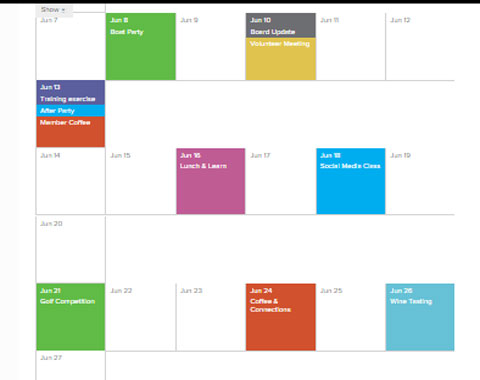